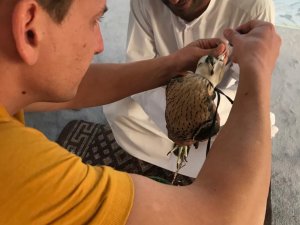 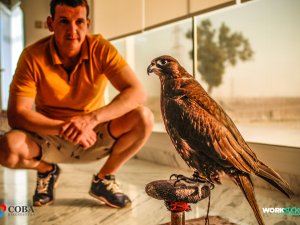 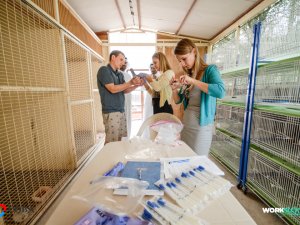 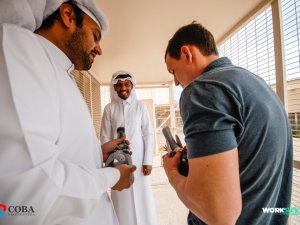 Lactate dehydrogenase (LDHA), is an enzyme (protein) responsible for the production and breakdown (metabolism) of lactic acid. Lactic acid is produced in muscles under conditions of exercise. In humans, increased production of lactic acid results in so-called "soreness" after exercise, which manifests itself as muscle pain. Lactic acid can have a similar effect in pigeons during prolonged exertion such as flight.

Several alleles, i.e. versions of the gene encoding lactate dehydrogenase (LDHA), i.e. A and B, have been identified in racing pigeons. Scientific studies have shown that the A allele is more frequent in pigeons with the highest number of victories. The A allele is additionally very rare compared to the B allele. It was shown that the best results were achieved by birds with the AA genotype, but also by those with the AB genotype.

Dopamine - is one of the important neurotransmitters, or substances that transmit signals between nerve cells. It affects normal muscle tone and muscle coordination. The function of dopamine is also to stimulate the reward and pleasure center in the brain, which in case of pigeons gives the feeling of happiness after returning to the dovecote, where a partner/partner or youngsters are waiting. Such a pigeon feels even more motivated to return more quickly in the future.

It has been shown that homing pigeons can have different versions of the DRD4 gene (designated as TT, CT or CC). Studies of pigeon performance over both short and long distances have shown that individuals possessing the TT or CT version of the gene performed better than CC individuals.